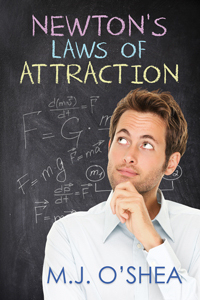 Rory was Ben’s oldest and best friend until senior year of high school, when they confessed they’d harbored feelings for each other all along. They enjoyed only a few months of happiness until Ben chose closeted popularity over true love… and he’s regretted it ever since.

Eight years later, Ben is out and proud and teaching art at the same high school he graduated from. When he learns the chemistry teacher is retiring, he’s excited to meet her replacement until he finds out the brand new teacher is none other than Rory Newton—the first love he’s never quite gotten over. Despite a painfully awkward start, it doesn’t take Ben long to realize he’ll do whatever it takes to win Rory back. But it’s starting to look like even his best might not be enough…

Be prepared for a big squee filled love fest of a review because I adored this book! Probably my favorite of hers to date. I am a huge fan of the reconnecting with your one true love trope and anybody else who is has to read this one. There are parts of this book that hurt my heart and parts that made it swell and soar. The love story is wonderful love story and I loved every freaking minute of this book.

Their story is told from Ben’s POV. Part of the book does delve into their pasts pretty early in the book. This sets the stage for just how close and connected Rory and Ben were in high school. This part of the book is very sweet with that innocent and pure sexiness that includes literally thinking you’ll die if you don’t kiss someone. Loved that feeling and we get to see that building between the MCs. All while the impending doom in hanging over their heads. You know something went wrong with their relationship and when it happens it hurts. Bad! Ben faces up to the worst mistake of his life later on in the book and boy does he pay for it. Rory is hired as a teacher at the same school they attended. The same school Ben works at, so he has to face him and what he did to Rory, while pining away for him. I found myself wishing right along side Ben that Rory would show a little forgiveness or any sign that he still had feelings for Ben. Counting every little win that chipped away at the wall Rory put up after Ben broke his heart.

For most of the book I loved being strung along waiting for that moment when Rory would give in. I did want to smack some sense into Rory at one point but that only highlighted how much I wanted these guys together. Sometimes building that need is what makes me fall so hard for the MCs and I fell hard for Rory and Ben.

Ben’s, and later Rory’s, friends were so much fun. I liked how open to them being gay they were but at the same time totally willing to give shit when needed. They were a great addition to the story. I will say I was kind of mad at Ben in the beginning and then at Rory later in the story. The author seriously plays with our emotions while getting these guys together. AND I loved every minute of it! A little pain and conflict makes the HEA so much sweeter in the end.

So, yes, buy this book. Read it! I swooned and cried and wanted to scream at and hug the characters. But we get our HEA and it made me so happy! LOVED this book. I highly recommend it to anybody who likes an angsty love story about getting that second chance to get your everything back. ♥ I want to wrap this book in hearts dammit!!