First, let me give a big shout out to the posse at Live Your Life, Buy The Book. I had the very great pleasure of meeting Barb in the US at GRL and we had so much fun! I am really grateful to be able to spend time here, what a great blog! Lots of really good information here, I got king of caught up reading…

I thought we could do a Ten Things blog post today. I recently read a little known facts post about an author and I decided to see if there was anything interesting or obscure in my life worth knowing about me.

Everyone is a mixed bag, right? So here, in no particular order, are ten things you probably don’t know (and maybe don’t even care) about Z.A. Maxfield. 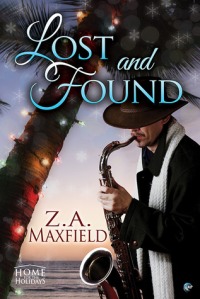 Lost: one dog and two men in need of each other.

RV resort security chief Ringo never believed in love at first sight . . . until he saw Gavin playing his sax on the beach for the tourists. But their on-again, off-again affair—even counting all the great makeup sex—doesn’t come close to the relationship he wants. All he really wants for Christmas is a commitment from Gavin.

Instead he discovers that Gavin has had surgery without telling him, so he lays down a relationship ultimatum while Gavin recuperates. Complicating matters even more, Gavin’s beloved dog Bird runs away, and Gavin blames Ringo for the disappearance.

While Ringo throws every resource he has into finding Bird, he learns deeper truths about Gavin—how hard it is for him to trust and how little faith he has in love. Maybe if Ringo can find Bird, he can salvage Gavin’s faith. Maybe this Christmas, they can all find each other.

Available for purchase at

Z. A. Maxfield started writing in 2007 on a dare from her children and never looked back.  Pathologically disorganized, and perennially optimistic, she writes as much as she can, reads as much as she dares, and enjoys her time with family and friends. Three things reverberate throughout all her stories: Unconditional love, redemption, and the belief that miracles happen when we least expect them.If anyone asks her how a wife and mother of four can find time for a writing career, she’ll answer, “It’s amazing what you can accomplish if you give up housework.” 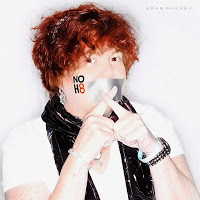 You can find ZA Maxfield at 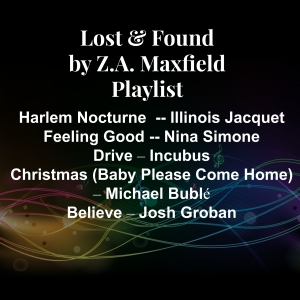 Have you lost or found anything that was either heartbreaking to lose? Or incredible to find? Tell us about it and you are into the Secret Santa part of the Advent Event, where we have TWO copies of this story, “Lost and Found” by ZAM – not the entire Riptide anthology. Winners will be announced on December 30th. Good Luck!

Note : this is separate/additional to the Blog Hop Rafflecopter draw – you can enter both! In fact you definitely SHOULD enter both. 🙂