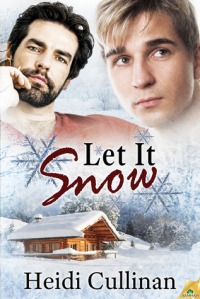 The weather outside is frightful, but this Minnesota northwoods cabin is getting pretty hot.

Stylist Frankie Blackburn never meant to get lost in Logan, Minnesota, but his malfunctioning GPS felt otherwise, and a record-breaking snowfall ensures he won’t be heading back to Minneapolis anytime soon. Being rescued by three sexy lumberjacks is fine as a fantasy, but in reality the biggest of the bears is awfully cranky and seems ready to gobble Frankie right up.

Marcus Gardner wasn’t always a lumberjack—once a high-powered Minneapolis lawyer, he’s come home to Logan to lick his wounds, not play with a sassy city twink who might as well have stepped directly out of his past. But as the northwinds blow and guards come down, Frankie and Marcus find they have a lot more in common than they don’t. Could the man who won’t live in the country and the man who won’t go back to the city truly find a home together? Because the longer it snows, the deeper they fall in love, and all they want for Christmas is each other.

I guess you can consider this a Christmas read. It does end on Christmas, so yes that totally counts! It’s really about a guy with a load of issues from being a small, flamboyant, gay hairdresser who finds love after being snowed in with three bears ( the human kind) in a cabin in the woods. No worries, it’s just one bear for him!

The grouchy heartbroken one named Marcus. Marcus was crushed by his ex who just happens to look very much like Frankie. Which just makes Marcus more gruff than normal to Frankie. It hurts Frankie’s feelings. After being trapped in a cabin with the man for days, Frankie snaps and calls Marcus out on his bad attitude. He doesn’t get the response he expects. What he gets is the first action he’s seen in a long time. It’s a bonus it’s with his fantasy man come to life. From there things get hot and heavy but Frankie is determined to stay in the city and Marcus declaring he won’t ever go back to it, how can they explore the amazing thing happening between them?

I liked this book. Both men had their issues to work through. Marcus had pretty much sworn off men after his ex stomped on his heart. He left his job as a lawyer in the city and went back to his home town to be a lumberjack and take care of his mother. Frankie’s car basically broke down outside a town of his nightmares, where men would pick on him and assume things about him as a “type”. So when he sees he found refuge in the cabin of the three men from the cafe in town he expects the worst. What he gets are three lifelong best friends who all happen to be gay. It certainly made for an interesting situation. Two of the guys are sleeping together, one heavily into BDSM. I can only imagine how uncomfortably hot hearing all that going on in an open loft would be. They aren’t really together but you get the idea one has deeper feelings for the other. Or he just doesn’t have a better option? That they’re both trapped in that town for their own

reasons, good or bad, and it’s resulted in a situation that’s not ideal for either man. I think the author is planning a series because there were multiple people I’d like to get to know more about.

The romance started off cold because Marcus was such a grouchy ass and Frankie was feeling his way through his predicament but then confrontation turned a corner into pretty damn hot. AND sweet. There was a lovely sex scene that showed the connection building between the MCs. I can’t say I ever fell in love with the characters but I liked them and it was a good read. I’ve noticed there’s always and underlying message in this author’s books. It sometimes comes off a little like preaching to the choir on gay issues or issues in general, which can be distracting. That may just be me.

The town this is set in is for the most part charming but not without it’s problems. It seems like a good setting for some more couples to find their way together. Let It Snow had a nice balance of sex and romance with a little angst thrown in. Who wouldn’t want to read about Frankie and his three bears snowed into a cabin in the woods? Pretty good read! 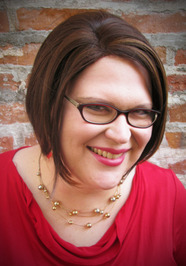 Heidi Cullinan has always loved a good love story, provided it has a happy ending. She enjoys writing across many genres but loves above all to write happy, romantic endings for LGBT characters because there just aren’t enough of those stories out there. When Heidi isn’t writing, she enjoys cooking, reading, knitting, listening to music, and watching television with her family. Heidi also volunteers frequently for her state’s LGBT rights group, One Iowa, and is proud to be from the first midwestern state to legalize same-sex marriage.

Heidi has kindly offered a pdf copy “Let It Snow” so into the Sack it goes!! Have you ever had a white Christmas? Or do you prefer it hawt over the holidays? Umm, I mean HOT. Obviously. All winners will be announced on December 30th ~ Good Luck!