Please join us in giving a massive welcome to Kate Sherwood. Kate has a new book out right now – Mark of Cain (which I LOVED!!) and she has shared her thoughts on part of the creative process that often links music and lyrics to setting the scene for books and characters therein – the power of words, if you will, in any format – poems, song lyrics, books – and it is a pretty interesting post!! Thanks for stopping by ♥

I’m not a musical person. I’ve done my time in music classes (first piano, then clarinet, then tenor sax – never voice, to the relief of the nation if not the world), but I’ve never excelled. I can understand music intellectually, and I can make my fingers hit the keys at the appropriate times as indicated on the sheet music in front of me, but I don’t feel music the way some people seem to. When I listen to classical music, or jazz, or anything instrumental, I’m just… waiting for the lyrics to start. And when they don’t, I lose interest.

But when I hear a song with lyrics? I’m all ears. I’m not musical, but I love words. Lyrics, poetry, novels, essays… even tweets. Words hit me, I think, the way music hits some others.

But I’ve recently been paying a bit more attention to where my ideas come from, where I find inspiration, and I’ve been more than a little surprised to realize how often I turn to music for inspiration. Mark of Cain, my newest release? Almost completely inspired by the Dropkick Murphys. 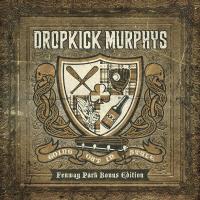 Well, no. Fifty percent (the Lucas percent!) inspired by the Dropkick Murphys, and the other fifty percent driven by trying to find the opposite of their mentality.

I don’t know how widespread the Dropkick Murphys are, so… think of The Pogues crossed with Green Day, in terms of musical sound, with a pure strain of pro-labour, anti-establishment hooliganism in the lyrics.

The weird thing is, I’m not really a huge fan of the band. I mean, they have some catchy tunes, for sure, and there’s a good energy to it all. But I don’t really follow their albums, or anything. I couldn’t name a single band member, or even an album title.

Lucas Cain? He was born from me listening to “I’ll Begin Again” and deciding that it was too easy to have the protagonist falsely accused; I wanted my protagonist to be guilty, but still having the same struggle as the narrator of the song.

Lucas’s friends? And Lucas himself, pre-incarceration? A mix of “Fightstarter Karaoke” and “Barroom Hero”. I wanted to capture that desperation, that fierceness, the humour in the face of pain, and the realization that none of it really mattered because they were destined to live the same lives as their fathers no matter what the hell they did. And Sean’s character was certainly enriched by “Bastards on Parade”.

But the big one? The song that made me want to see Lucas rise above it all and struggle to be something more? The song that made me need to see him get a little help? “The Gauntlet,” absolutely. I can’t imagine any romance reader or writer who isn’t touched by the lines “Do you think we’re going to make it?/I don’t know unless we try.” The words are framed in a militaristic setting that Lucas’ friends would approve, but really the lyrics are about any underdogs, anyone fighting the odds. And better yet, for the true romantic’s soul? The song’s about fighting the odds together.

“Stand up and fight/And I’ll stand up with you/We shall succeed”.

So… yeah. Mark of Cain and The Dropkick Murphys go together, in my mind, forever. And I’d be lying if I said The Dropkick Murphy mentality wasn’t inspiring my current project, too. I’m an upper-middle-class healthy white Canadian. There is NOT a lot of struggle in my life. So when I want to find conflict, I use my imagination and borrow inspiration. Even though my current project is about an alternate-universe, militaristic medieval society, I’m borrowing moods from the Dropkick Murphys, absolutely. The romance of being a warrior and living and dying by a code? I like the way it echoes in the modern setting and comes back feeling empty and pointless, but I also love the way it adds meaning to a historic setting, where “The Warrior’s Code” was absolutely a way of life everyone.

Other books? Other songs. I’m a huge Springsteen fan, and don’t think you could name a song of his that wouldn’t inspire me to write a book. (When I read about writers having trouble finding ideas, my brain shakes inside my skull).

But I was driving to work this morning and a George Jones song came up on my iPod: “He Stopped Loving Her Today.” I don’t think I want to write a whole novel about such a tragic story, but what about the narrator of that song? Not the dead man, but the one who’d seen him trying to survive? The one who said, “I went to see him just today…First time I’d seen him smile in years.” How would seeing all that suffering affect someone, especially if that someone was close to the sufferer, and had his own reasons for being afraid of loving? There we go! There’s a book!

I don’t know… what’s the point of all this? I guess I was just intrigued by the connections. Words are powerful, whether they come boiled down into a brilliant lyric or woven into a longer story. And I’m a sucker for them.

How about you guys? What songs make you want to hear the long version of the stories? What lyrics capture characters for you? When you sing along, what lyrics do you skip, because you know your voice will crack from the tears? 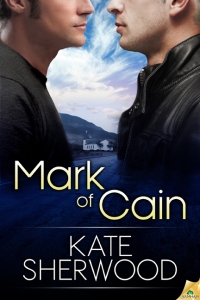 When a man is consumed by hatred, is there anything left to love?After a tough day of counseling sessions, Anglican priest Mark Webber is looking forward to a relaxing dinner at a local restaurant. When he sees who’s bellied up to the bar, though, he reaches for his cell phone to call the police.

It’s Lucas Cain, the man who killed Mark’s brother three years ago. Apparently he’s out of jail and hanging out with his old crowd, which has to be a breach of parole, right?

Pulled over upon leaving the bar, Lucas blows a clean breathalyzer and hopes this isn’t a harbinger of things to come. He’s ready to build a sober, peaceful life. His friends aren’t ready to let him move on, though, and he ends up taking refuge in an Anglican half-way house.

Thrown together, Mark and Lucas find common ground in the struggle to help a young gay man come to terms with his sexuality—and the fight against homophobic townsfolk. As attraction grows, the past is the last stumbling block between them and a future filled with hope. 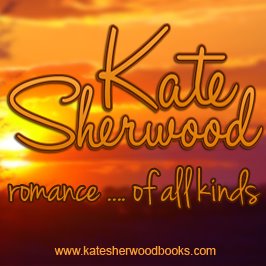 I started writing at about the same time that I got back on a horse after a twenty-year break. I’d like to think that I’m far too young for it to be a mid-life crisis, but apparently I was ready for a few changes!

My writing focuses on characters and relationships, people trying to find out how much of themselves they need to keep, and how much they can afford to give away. I try to find that careful balance between drama and humor – I want readers to have an intense experience and feel drawn into the book, but I also want them to enjoy the time they spend reading.

I started writing in the m/m area of Romance, and I’ve spent some serious time trying to figure out why that is… if you’re interested, my reflections on why m/m fiction appeals tothis straight woman can be found at my blog (here).   And, now that I feel like I’m hitting my stride writing the m/f stuff, I’m working up another post outlining how I made that work, for me.  I definitely plan to continue writing in both sub-genres, and of course I still have my YA projects to play with.  And I’m thinking about trying some women’s fiction, too!  This writing thing is fun!

And if you want to get in touch with me…I am EVERYWHERE…Or at least, it’s starting to seem that way! You can leave a comment here, or find me:

For a chance to win an e-copy of the Book “Mark of Cain” just leave a comment. One VERY lucky winner WILL win 🙂 just for an itty bitty comment.